Posted by David Zuchowski at 6:49 AM No comments:

Posted by David Zuchowski at 2:38 PM No comments:

Posted by David Zuchowski at 9:25 AM No comments:

Posted by David Zuchowski at 11:20 PM No comments: 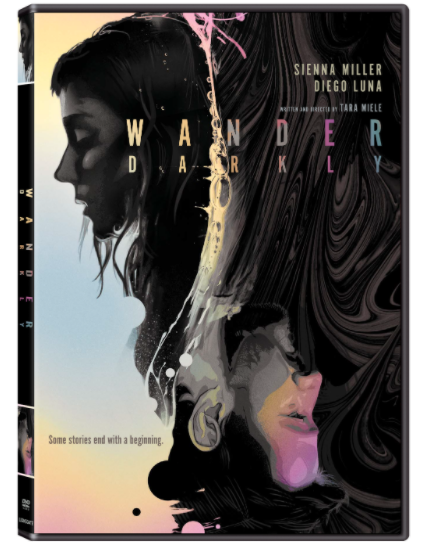 Wander Darkly, directed by Tara Miele, is a creative and original look at the mystery romance genre. Without a doubt ambitious, it carries itself with surprising clarity and direction for such an outgoing film. This film definitely has the potential to change the mystery romance genre with it´s groundbreaking use of time-play and unreliable narration, something I found rather Jacob´s Ladder-esque.

This film is definitely one I could see being a silent influencer for other similar films in the future, as well as an underground cult classic. In this film, we follow Matteo and Adrienne, a quarrelling couple with a newborn baby, as they challenge the accuracy of their memories, the ups and downs of their relationship, and their life together so far, after a traumatic car accident.

This film tackles issues like these in a fanciful and thought intriguing way that allows the movie to work as a mirror, as the characters go through their own unreliable memories and life experiences so does the audience. In this way, this film is beyond groundbreaking in not only the mystery romance genre but a refreshing pioneer in the immersion of the audience in film in general.

One way this film disorients the audience is the storytelling tool of the characters reliving their memories in a scattered order, rather than a linear sequence of events. This also allows for a back and forth event placement where the character will go from present time to the past sometimes subtly. The heart of this film is definitely the acting.

With breathtaking performances from all of the actors and actresses involved. Adrienne (Sienna Miller) and Matteo (Diego Luna) especially had some of the best performances of the movie. I feel both of them came prepared for the emotional substance and weight of the film and were able to portray that in a surprisingly good manner, taking into account previous roles.

The cinematography is also an element in this film done particularly well. With beautiful drone and nighttime shots this film is competent to say the least in regards to the beautiful camera work it has to offer. Slow motion and fast camera pans add to the movement of the film and allow the audience to feel each scene´s contrasting and unique mood it wishes to set for the viewer.

The only real downside to this film is at times, it´s predictability. However, for every predictable moment in this film there is one that takes you off guard and completely changes how you see the film. This film is one of the most emotional ones I have seen recently and honestly a pretty unforgettable watch. The emotion in this film is incredible as well as the storytelling which allowed this film to come together and become one I can definitely see getting the attention it deserves in the future.

I one hundred percent recommend this film for anyone who wishes to experience an emotional journey which is breathtaking and unique. This film is one that sadly I feel fell behind in the whirlwind of twenty twenty but I also feel has great potential to make a comeback and a favorite among the mystery romance genre. I would say give this film a watch, it is definitely worth it.

Posted by David Zuchowski at 8:27 PM No comments:

Posted by David Zuchowski at 7:02 PM No comments:

Dave Zuchowski has been writing about travel for twenty-five years, and his articles have made the pages of many newspapers and magazines across the country, including the Pittsburgh Post-Gazette, the Tribune-Review, the Erie Times, the Hartford Currant, the Fredericksburg Free Lance Star, AAA, Pathfinders, West Virginia Magazine, Southsider, and Westsylvania. For ten years, he was the travel correspondent for the 86 newspaper consortium, Community Newspaper Holdings, Inc., and his travel articles are posted to the cnhinews.com website. His travels have taken him to Europe seven times, to Mexico several times, to the Caribbean, Costa Rica, almost all of Canada's provinces from Newfoundland to British Columbia and Vancouver Island and all 50 US states. Some of his favorite places are the Cote d'Azur, California, Portugal, France, Oregon, Mexico, Napa and Sonoma, New England and Quebec - both the city and province. In his travel writing, his interests include history, food and wine, entertainment, general attractions, museums, recreation and adventure travel, spas, resorts, inns and hotels, festivals, architecture, theater, and more In his spare time, he also puts his horticultural interests to good use on his 15-acre farm located near Centerville, Pa where he grows berries, vegetables and fruit. His favorite past times are exploring new wines and cuisine, watching film, both vintage and recent, theater, baseball (Pirates and Wild Things), the Steelers, history and architecture and just plain old lying around doing nothing more than thinking. and relaxing. Go Pens!